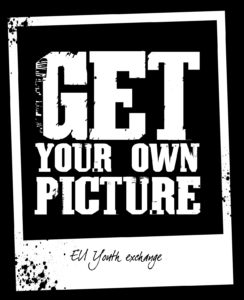 The Get Your Own Picture Project united 64 young people from Turkey and Germany led by four team leaders. The underlying theme was be European Citizenship. Together the participants realised 10 short films.

During the project time, the participants learned the basics of film making in short workshops (the theoretical basics of making movies, camera, editing, etc.) held by other participants. After thats, they working in small culturell mixed groups on their film ideas and produced their own short films. Besides we had freetimes activities like a boat trip or intrestings discussions e.g. with Turgut Yasalar about the Turkish film history.

The created short films will be published in the following months after the postproduction is done.

We want to say THANK YOU to all the participants, lecturer, supporters and guests for this great experience.